The Senate Report on the PIB may be found here. A notable difference from the report of the House of Representatives is the insertion of a new section 317(8), which seeks to implement the backward integration policy, previously utilised in the sugar and cement industries, in the petroleum industry. Section 317(8) provides as follows:

(1) The Authority shall apply the Backward
Integration Policy in the downstream
petroleum sector to encourage investment in
local refining.
(2) Pursuant to subsection (1) of this section,
licence to import any product shortfalls may be
assigned only to companies with active local
refining licences and proven track records of
international crude oil and petroleum products
trading.
(3) Import volume to be allocated between
participants shall be based on criteria to be set
by the Authority taking into account the
respective refining output in the preceding
quarter, share of active wholesale customers
competitive pricing and prudent supply and
distribution track records.
(4) To safeguard the health of Nigerians,
imported petroleum products shall conform to
the Afri-5 specification (50 ppm sulphur) as per
the ECOWAS declaration of February, 2020 on
adoption of the Afri-Fuels Roadmap.

The Nigerian Senate passed the Petroleum Industry Bill earlier today. The Bill has now been passed by both houses of the National Assembly. Both versions of the Bill, which are similar, will go through the reconciliation process before going for the President’s assent. 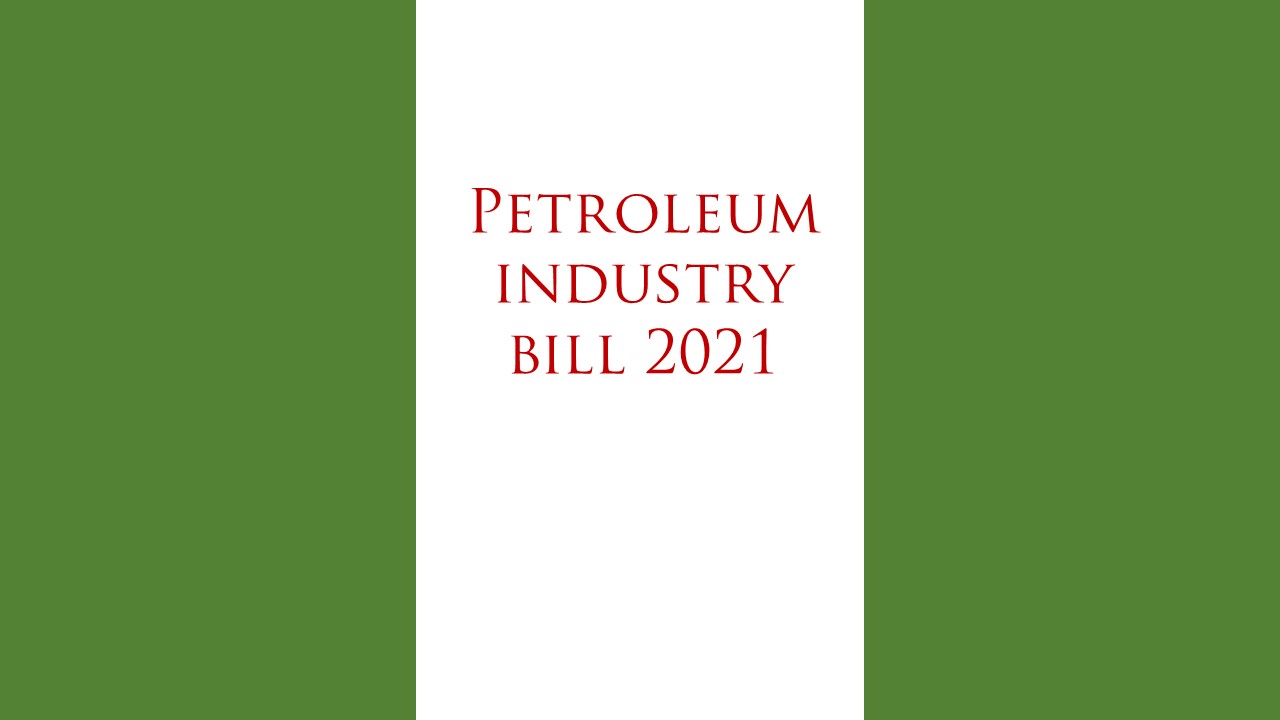 The House of Representatives passed the PIB 2021 earlier today. The Committee Report, which shows changes to the previous version recommended by the Committee, may be found here.

The Nigerian House of Representatives passed the Petroleum Industry Bill today. The Senate is also expected to pass the bill later today, after which the versions of the Bill will be reconciled before being sent to the President for assent. The reconciliation process is expected to be short as the House of Reps and Senate Committees worked together in the review of the Bill. The President is likely to give his assent fairly quickly to the Petroleum Industry Bill, given that the Bill was proposed by the Executive and its drafting committee worked very closely with the National Assembly. We will share the version of the Bill we have received shortly.

The PIB public hearing at the House of Representatives will commence shortly. The public hearing will be streamed live on Zoom and will also be shown on NTA.

HMSPR, Timipre Sylva thanks the members of the House of Representatives for their work on the Bill so far. “The effort to pass the PIB must be sustained and finalised. The world has changed significantly since the efforts for reform started.” The Minister emphasised the challenges of energy transition and the urgency of passing the PIB. “I am available to assist in any way that I can.”

NNPC GMD, Mele Kyari – “oil will still be relevant in another 30 years. The uses will change but oil and gas will still be relevant.” Only countries that can harness the resources in an efficient way will prosper. The time is now. We have not seen any significant investment in the oil and gas industry since 2000 as there has been no fiscal stability. Our current fiscal environment is uncompetitive. We have made significant improvements in the PIB and there is still room for improvement.

The House of Representatives Ad-hoc Committee on Petroleum Industry Bill welcomes all Stakeholders and the General Public to a Two-Day Public Hearing on the:

If you have any question, please send it to:
publichearingonpib2021@gmail.com

Good morning. Day 2 of the public hearing starts with the representative of the Rivers State Government. Points made include:

The second set of presentations is being given by the Host Community Association:

Very important for Nigeria to pass a bill that is realistic.

KPMG believes that the provisions on cost price ratio will harm investment.

NDDC no longer relevant and host community funds should be deducted from the contribution to NDDC funds.

Environmental remediation fund is not necessary.

Voluntary conversion from current licenses to the new licenses created under the PIB is not truly voluntary given the time within which it must be done.

The PIB should not mandate the formation of new companies to takeover existing midstream operations of licensees.

Representatives of the host communities at the Senate public hearing presented a demand for 10% equity participation as was granted under the PIB presented by the Yaradua government.

Public hearing commenced at the Senate earlier today. We missed most of the sessions from the morning due to a delayed flight but will report on the rest of the hearing today and tomorrow.