The Petroleum Industry Bill (PIB) is lauded to be the single most important legislation in Nigeria given our mono-economic set-up,  however ridden with various mutations from the original intervention of the Oil and Gas Implementation Committee (OGIC) inaugurated by the Obasanjo administration in April 2000.

Several versions of the PIB materialized as an outcome and greatly skewed the many efforts in producing a bill that would fundamentally reform an industry lacking significant changes in administration and regulation. Discordant tunes emerged from the various stakeholders, each with self-confessed belief on how the reform agenda would have been carried out. The International Oil Companies, indigenous operators, international independents, regulators and even the minister alike joined in a macabre dance of what a PIB should be and what it should not be.

A sigh of relief may have seemingly arrived with the recent transmission of the bill to the seventh National Assembly. The Special Task Force for Implementation of the PIB, brainchild of the Federal Government’s concerted efforts to deliver on its promise to the nation in aftermath of the subsidy protests, submitted their finished product, a new Petroleum Industry Bill.

The new PIB, without doubt, has agitated the déjà vu trailing previous attempts. Questions answered and unanswered: Is it the much-needed cure to revive an ailing Nigeria’s oil industry? Would this be another stillbirth or is the stage finally set for culmination of the sector reforms. Who is really afraid of the Petroleum Industry Bill?

Investment decisions in the upstream sector are roused by numbers and economics. The fiscals of the new PIB replaced the Petroleum Profits Tax (PPT) with Nigerian Hydrocarbon Tax (NHT) and Companies Income Tax (CIT) as the applicable imposition on profits of companies engaged in upstream petroleum operations. NHT is chargeable at the rate of 50% for operations in onshore and shallow water areas, while the deep water region, frontier acreages and bitumen attract 25% NHT, while CIT is at 30% of the company’s net profits.

Concerns exist that the introduction of CIT under the new regime may amount to double taxation, especially for the marginal operators given the size of their operations. However, this may not the case as assessment for CIT under the PIB does not trigger onerous fiscal implications. The CIT is determined on the basis that NHT shall not be tax deductible, transfer pricing rules recognizable to disregard any artificial or fictitious transaction that reduces liability to tax affected and most importantly, rents and royalties payable by concessionaires are allowable deductions. Also, the new PIB sought to transfer the hitherto 5 years tax holiday reserved for gas utilization (downstream) companies under the extant Companies Income Tax Act (CITA) to companies engaged in upstream gas operations of which their gas supply is destined for the domestic market. Clearly, the tax holiday is a remarkable ploy to incentivize domestic gas obligations of the upstream play.

The new PIB provides for a simplified process in determining allowable and disallowed deductions for adjustable profit chargeable to NHT, a departure from the complex web of Petroleum Profit Tax. Expenses that are wholly, exclusively, necessarily and reasonably incurred for the purpose of operations are allowed, inclusive of all royalties incurred in respect of natural gas sold and crude oil or condensate won in Nigeria, customs and excise levied on machinery used for upstream operations, interests on loans borrowed for operations (excluding PSCs), bad and doubtful debts, maintenance costs, pension contribution and expenditures directly connected to exploration.

However, expenses relating to costs that are not intrinsically related or wholly incurred for the purpose of operations are not allowed deductions. This further extends to pre-acquisition/set-up costs for acquiring data on the reserve and pre-incorporation expenses, signature bonuses, production bonuses, head office costs exceeding 1% of total annual capex, gas flaring penalties and 20% of offshore expenses unless local content exceptions apply and regulatory approval is obtained.

The PIB terms substitutes the ongoing arrangements of investment tax credits applicable to pre-1998 PSCs and post-1998 PSCs investment tax allowances with the General Production Allowance (GPA). The overarching provisions of the GPA, which is to the exclusion of companies in JV arrangement with NNPC, make allowance based solely on production volumes irrespective of the asset cost which was the underlying principle of the ITC/ITA regime.

Where the ITA/ITC regime premised the incentives on 50% flat rate of the qualifying expenditure i.e. capex on pipeline, plant, storage tanks, drilling etc., the GPA under the new PIB fixes its focus on oilfield production with sliding benchmarks for onshore, shallow water area, bitumen, frontier and deepwater areas and gas fields. The detracting factor for the GPA is ascertaining the extent to which a producing field can enjoy the incentive as there is no clear indication of commencement date for enjoying the production allowance by the PSC contractors. The old regime of ITA/ITC used the option of applying the rates across the life of the asset unlike the maximum threshold of production volumes envisaged under the new PIB.

Royalty rates payable on acreages are not predetermined in the new PIB, however left at the prerogative of the Minister through regulations that would be issued pursuant to the Act. Under the pre-existing fiscal regime, royalty is depth-related with standard 20% royalty for all onshore operations and 18.5% for the swamp/shallow waters and a reducing sliding scale for offshore fields ranging between 16.67% to nil% at water depth exceeding 1,000 meters. The PIB of 2011 had prescribed a progressive royalty linked to production rates and oil prices with differentiations for oil and gas. In present terms, the new PIB fails to put forward a firm position on the dynamics of government take except that any fees and royalty payable shall be in the Act and any regulations made by the Minister pursuant to the Act.

This is obviously an anticlimax to the new PIB. One of the major thrusts that drive spending in the upstream sector is determination of government and investor takes as investors would be unwilling to commit risk capital without a clear sight of the fiscal imperatives. As it is, uncertainty would continue to pervade the clime and the much needed investment tonic to boost Nigeria’s declining oil reserves may continue to elude us.

Notwithstanding the protracted drag on conclusion of the PIB, the Nigerian upstream sector has uncharacteristically defiled a slump. Over the past few years, production activity has enjoyed marginal growth as rig activity has continued to pick up. However, this visage may not hold true for long. There is a huge appetite to ramp up production and oil reserves but this will not happen if uncertainties to the fiscal dynamics are not laid to rest. Until that time we have a perfect document taking into consideration the interests of government and stakeholders, until that time, we may continue to hoard in fear till the mantle rests on the PIB.

This article was originallly published in Sweet Crude.

The views expressed in this article are the personal opinion of the author and do not in any way represent the opinion of any entity or organization associated with the author. 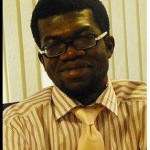 Humphrey Onyeukwu is the Legal Advisor of Nigeria’s largest swamp drilling contractor. A lawyer with bias for advising the upstream oil and gas industry on taxation, transaction structuring and business intelligence advisory, he is a graduate of LL.M in Petroleum Taxation and Finance from Centre for Energy, Petroleum, Mineral Law and Policy (CEPMLP), University of Dundee and LL.B Degree from University of Nigeria, Nsukka. He is the President of The Lagos Oil Club, an association of professionals who are interested in the upstream and downstream sectors of the oil industry in Nigeria.

[i]This article is a sequel to a previous article by the author on the subject – Who is Afraid of Nigeria’s Petroleum Industry Bill? Click here to read the original article