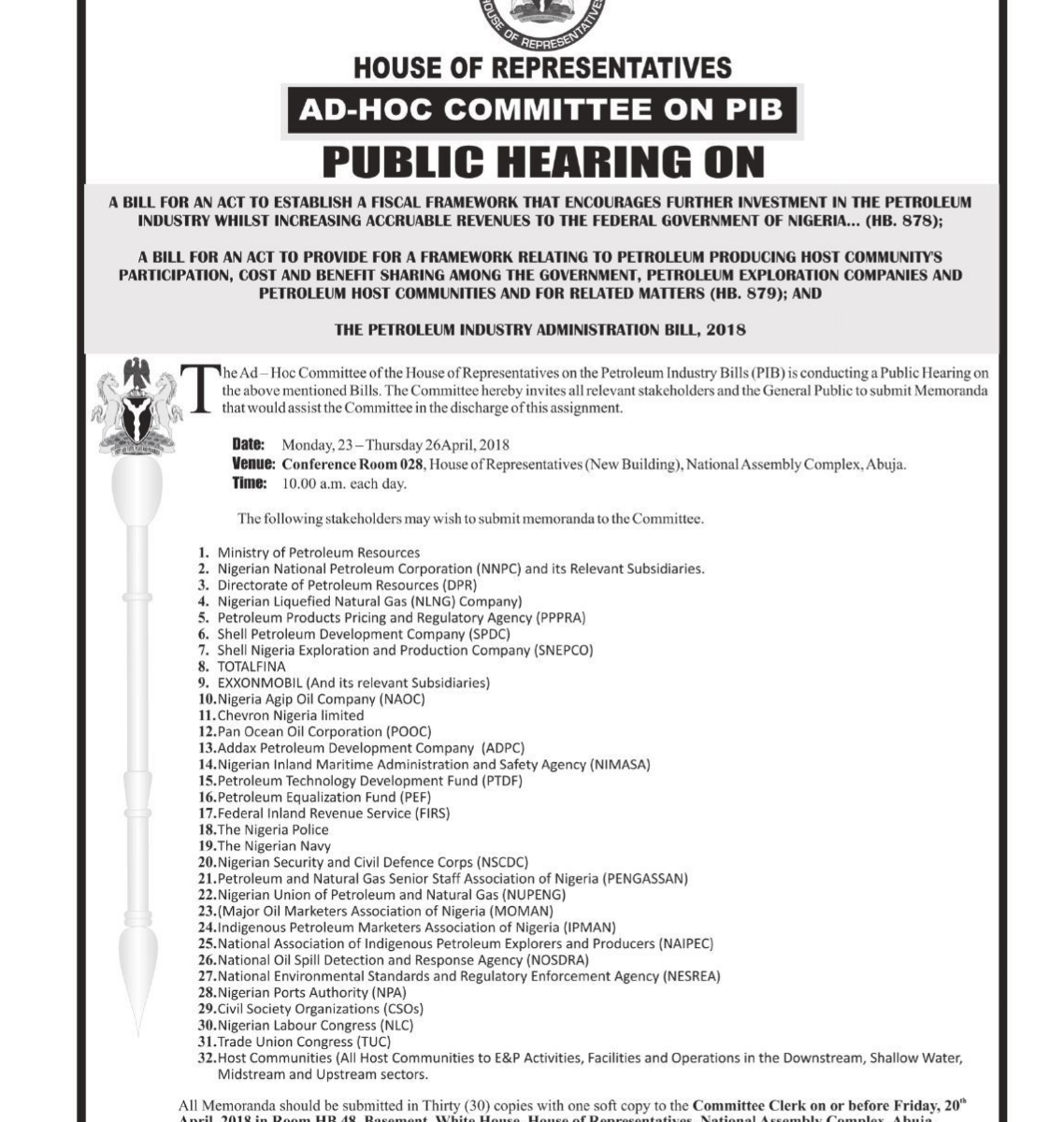 The Petroleum Host Community Bill provides for arrangements that enable host communities in the upstream, midstream and downstream sectors benefit directly from the operations taking place within their communities.

Finally, the Petroleum Industry Administration Bill addresses the new licensing and regulatory arrangements across the value chain in the oil and gas sector.

Petroleumindustrybill.com will attend the public hearings and keep you up to date on the developments.