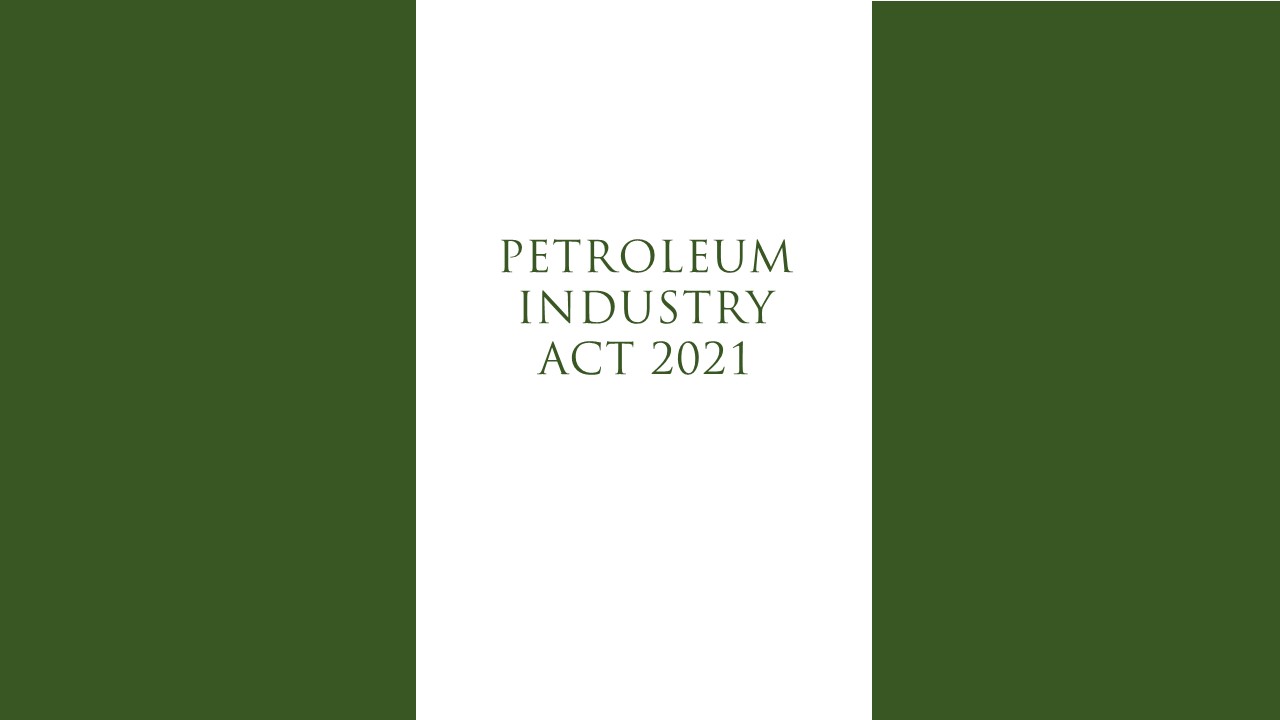 The apparently unending task of reforming Nigeria’s oil and gas industry which began in 2000 was finally laid to rest a year ago, when the President assented to the Petroleum Industry Act 2021 (“Act” or “PIA”) on August 16, 2021. The industry welcomed the new law with mixed feelings, many believed the Act should have been finalized twenty years earlier to protect the industry from decline.

Despite this mixed reaction, it was clear that the Act had come to stay, and it brought with it sweeping changes and reforms across the institutional, regulatory, environmental, and fiscal frameworks of the Nigerian oil and gas sector. As one would have expected the implementation of these reforms commenced almost immediately, albeit slowly.

On the first anniversary of the PIA, it is useful to take a examine some of the noteworthy events and reforms undertaken and what they mean for the industry.

During the course of one year, the Executive Commissioners and Directors who will work with the CEOs of the Commission and the Authority were also appointed by the President. Recently, and in accordance with the provisions of the Act, the board members of the Commission and the Authority were nominated and approved by the National Assembly. It is safe to say that the two new regulators have taken off effectively with the leadership needed to function now in place.

Another critical jigsaw in the puzzle of the implementation of the PIA was the commercialization of the Nigerian National Petroleum Corporation (NNPC). NNPC had operated as a statutory national oil company and as a quasi-regulator but one of the innovations of the PIA was to sever this regulatory function from NNPC to enable it focus on profit making for the country. NNPC was expected to be incorporated as limited liability company to run in accordance with the principles of the Companies and Allied Matters Act and this has been done. A new board was constituted by the Federal Government to manage the affairs of the oil company in an efficient and profitable manner. It remains to be seen whether the new NNPC will offer its shares to the public in the future.

The President also constituted the council members for the Midstream and Downstream Gas Infrastructure Fund (MIDGIF) to coordinate the affairs of the fund established to deepen infrastructure for gas in the country.

While all these little wins were being recorded, and in a rather dramatic deviation from the spirit and objectives of the PIA, the Federal Government announced the suspension of fuel subsidy removal. This is in contravention of the PIA which provides that unrestricted pricing of premium motor spirit will be achieved within six months of its passage. We are not aware of any amendment forwarded to the National Assembly to legitimise this suspension. This is a clear departure from the law, which must be addressed by the Executive and National Assembly.

So far, the Commission has released thirteen draft regulations for industry comments out of which only one has been finalised and issued as substantive regulations – the Nigerian Upstream Petroleum Host Community Development Regulations 2022. The Regulation was accompanied by an implementation guideline and draft host community development trust constitution, for the industry players to commence the implementation of the host community provisions in the PIA. The Regulation, guidelines and draft constitution were released at the end of June 2022, impeding the chances of meeting the statutory deadline for incorporating the host community development trusts by mid-August 2022.

In the midstream and downstream space, the Authority has also issued twelve draft regulations to regulate the midstream and downstream operations with more in the pipeline. The Authority has also held a stakeholder’s workshop to discuss the industry comments. We envisage that some of these draft regulations will be concluded soon.

Companies are now in the process of incorporating their respective host community development trusts which will replace the global MOUs being used by parts of the industry to guide their relationships with the host communities. Whilst the Act expects licence and lease holders to establish the “host community development trust” by August 15, 2022, it is not clear that any company has been able to do so. This is primarily caused by the delays in issuing the implementation framework. The Commission should issue clear directions that it will not implement its penalty regime for a period of time. The Commission should also work closely with the Corporate Affairs Commission to facilitate a smooth incorporation process.

Below are the draft regulations released by both regulators.

The PIA provides for a number of activities to be undertaken within a short period of time. Some of these activities also require steps by regulatory agencies to enable the licensees to meet the deadlines. These activities include:

Even with its many shortcomings as the industry has observed over the course of one year, the PIA is poised to bring an end to the uncertainty in the industry. One year down the line, and with clarity being provided by both regulators, the industry is moving towards focused and effective implementation of the Act to enable Nigeria to achieve its objectives in the face of energy transition.